There is the quaint little retro gaming store in Japan that sells the odd Famicom cart, the occasional Saturn disk, or even a few systems or two, then there are super-ultra stores like the one I am going to show you today.

This particular shop is about 20 minutes from my house, and it’s one of the biggest places I’ve ever seen here for retro gaming gear. There are others that are similar in size, but this shop actually has prices you want to pay. It is almost set up like a supermarket with isles, a little basket to carry around, and even a taster section with four or five systems setup for people to play.

Before I put any photos up, it has to be said that people managing stores in Japan are very reluctant to have photos taken. I took as many photos as I could, but it was impossible to get photos of everything. I missed not only the hardware section, but also the PS2, Gameboy, Megadrive (Genesis), MegaCD, Saturn (the list goes on actually) and most of the boxed games sections.

Anyway, now onto the photos….

I would love to get my hands on this giant Mario – Hmmm that sounds slightly odd now that I think about it. 😀 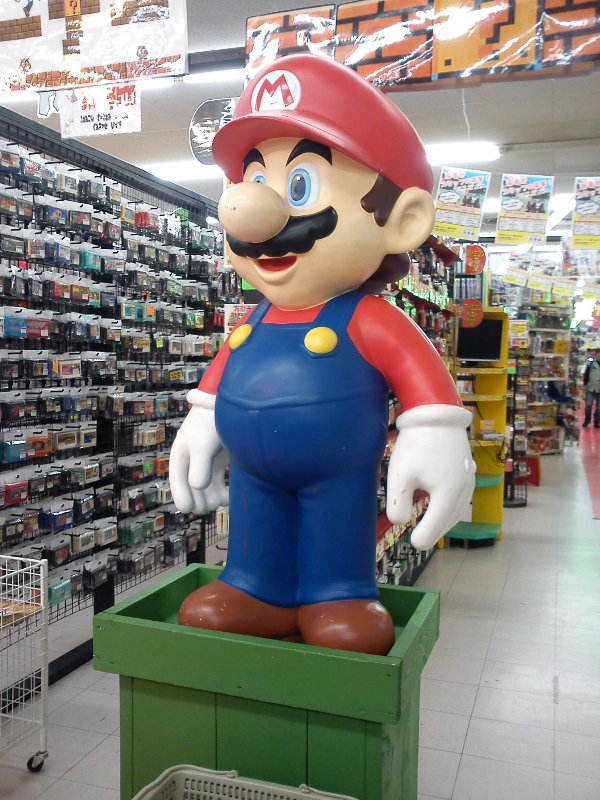 One of the loose Famicom cart Isles (pictured bellow). Yes I say ‘one of’, as there are a few. You can see at the end of the isle there part of the boxed games section for Famicom too. 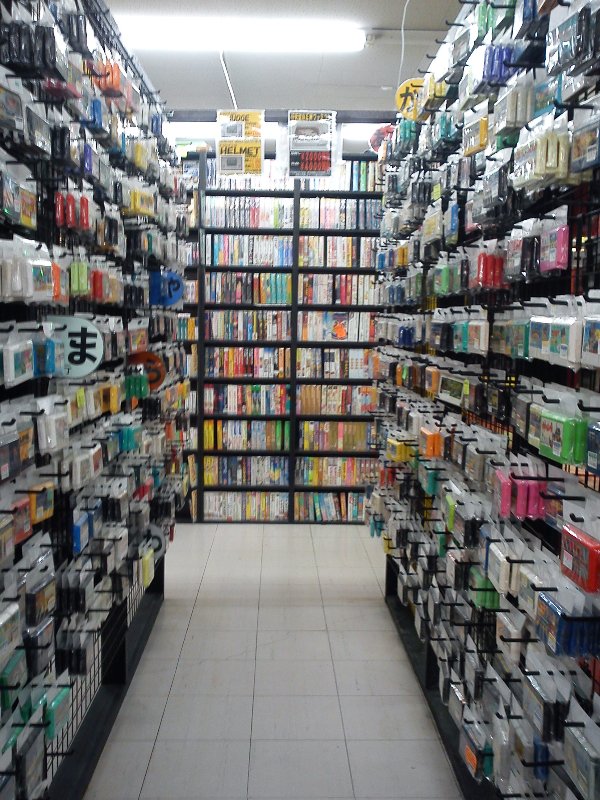 Another really great thing about this place is there is a GameCenterCX section if you want to play the games that are featured on the show. If you are wondering what GameCenterCX is, then I suggest taking a look on Youtube. It is one of the coolest retro game shows anywhere! Unfortunately I couldn’t get any photos of the GameCenterCX section. 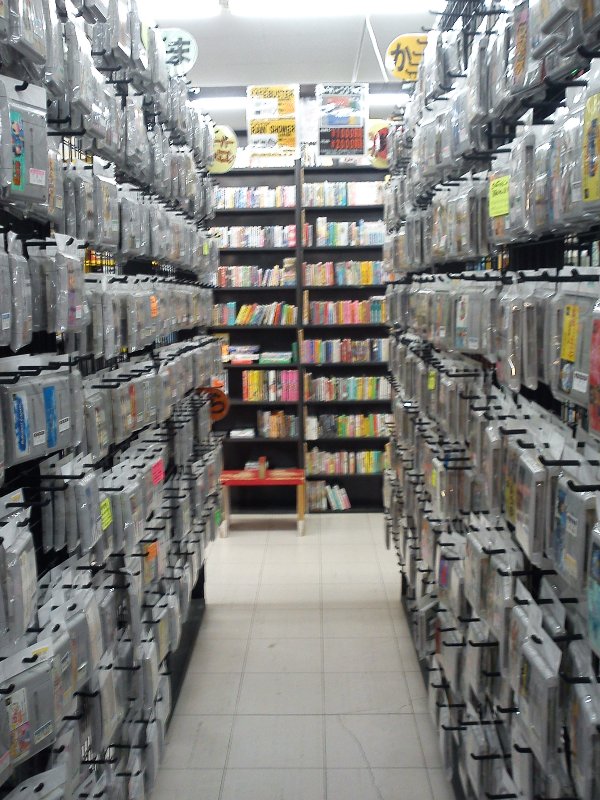 Again I couldn’t get great pictures of everything, but what you see here is just a part of the cased PCE games they have on offer. You can pretty much find everything here. 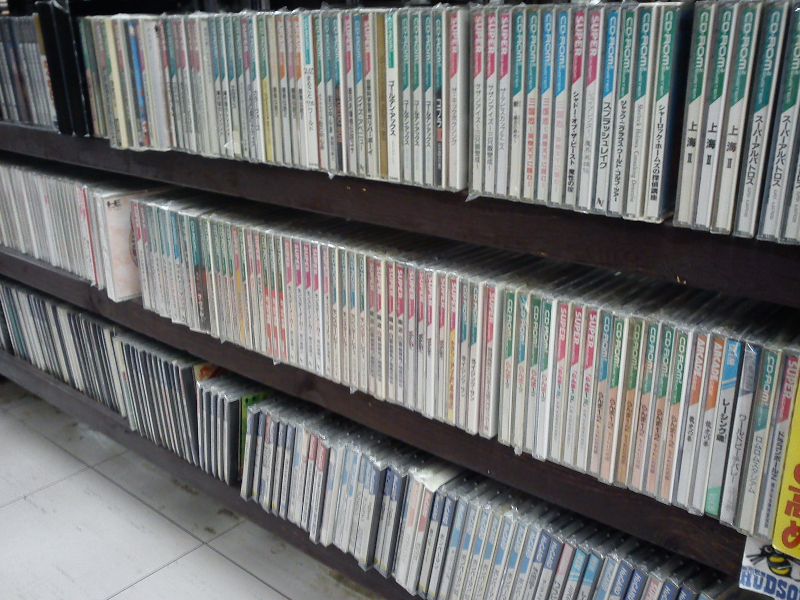 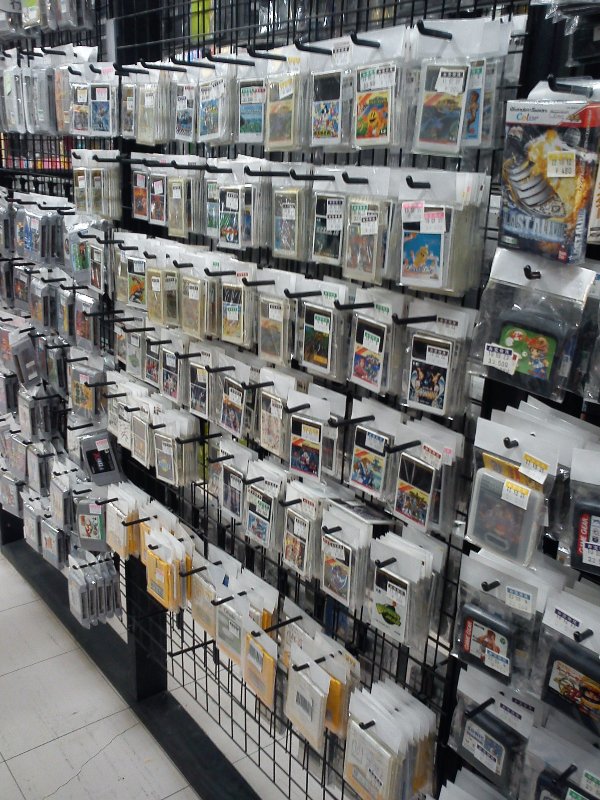 Bellow is just a part of the DreamCast section. If you’re wondering, that whole top row is for NeoGeoCD, and you may notice that there are some big empty spaces in the NeoGeo section – this is mainly because I bought 20 odd on this particular day. 🙂 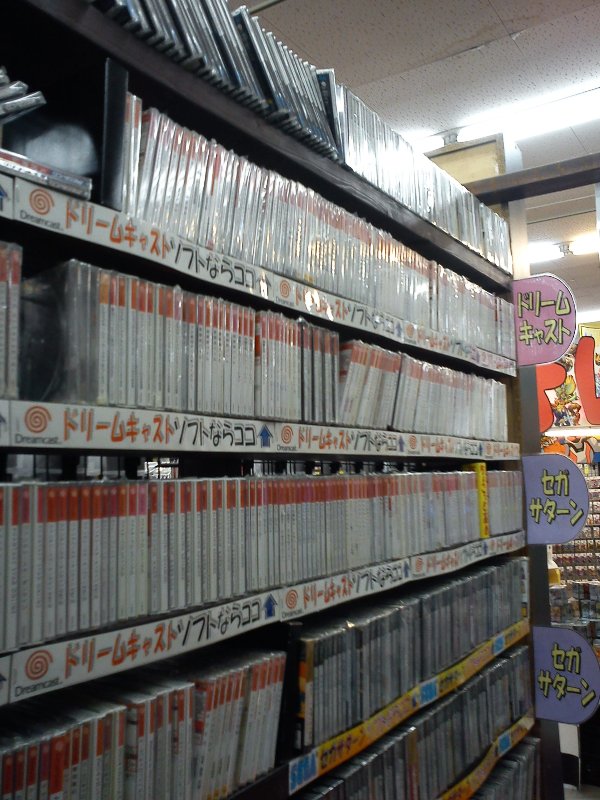 This terrible photo (bellow) is trying to show you one of the toy racks dedicated to game related merchandise. They have all sorts of gear here, from recent Mario themed board games, through to figures of Ken in Street Fighter. 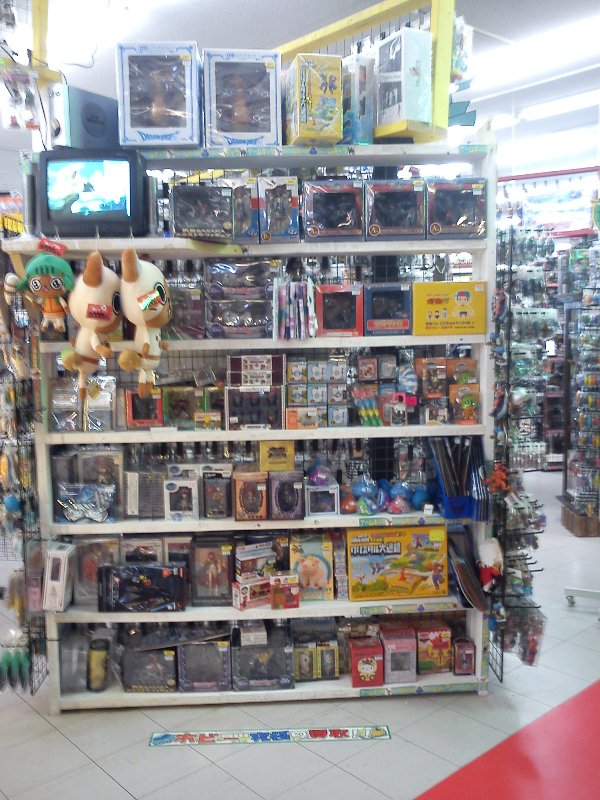 A closer look at the boxed Famicom and Super Famciom section (bellow). 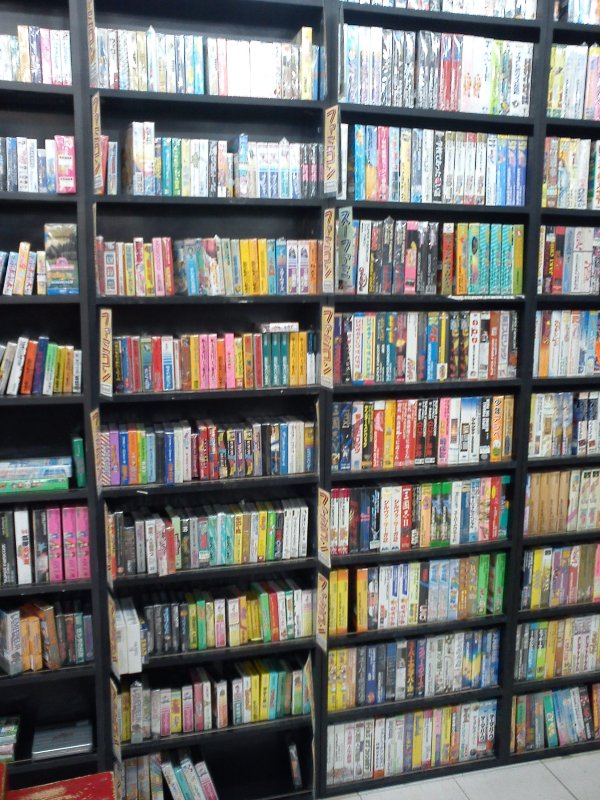 I really wish I could have shown you everything. Just looking through the pictures there is so much I missed. This place has so much stuff that I know it will bring a tear to any retro gamer’s eye – specially the guys I know back home who feel great joy just finding a dozen or so carts in the wild.

And just before I go. This place doesn’t only sell games too! There are huge sections for toys, clothing, electronics, and pretty much any other type of used goods you can think of. Not bad considering I actually live in rural Japan! 😮