The SNK NeoGeo AES (Advanced Entertainment System) is a machine that every single game-related-hoarder should have in their pile. It shouldn’t matter if you have to sacrifice food, electricity (actually scratch that, you’ll need electricity), or water to get one – just get one! 😀 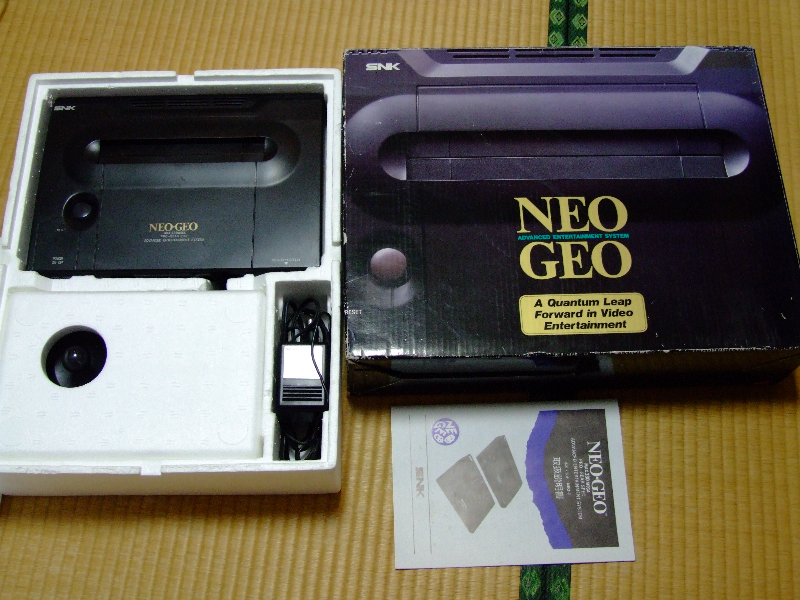 Released on the 31st of January 1990, the NeoGeo AES was a huge step above the competition. It was the only machine to bring consumers the exact games they were playing in the arcades in a format they could use at home.

The only problem for most people was the price tag of about 60,000yen (around $700)….. On top of the already hefty cost of the console, came the cost of the games themselves – most coming in at around 20,000yen. When you calculate inflation, this means you are spending the equivalent of um…. A testicle – and most likely the one that was producing the highest sperm count too! 😀

As you can see pictured bellow, I have two of the beasts. You may be thinking, why the hell does Hollo have two – that greedy bastard!

Well, my responses to that are:
1) I’m sick and need help!
And the next response is mainly to cover up my hoarder insecurities….
2) There are two types of NeoGeo AES consoles which are different internally. Why shouldn’t I have both right? *cough* 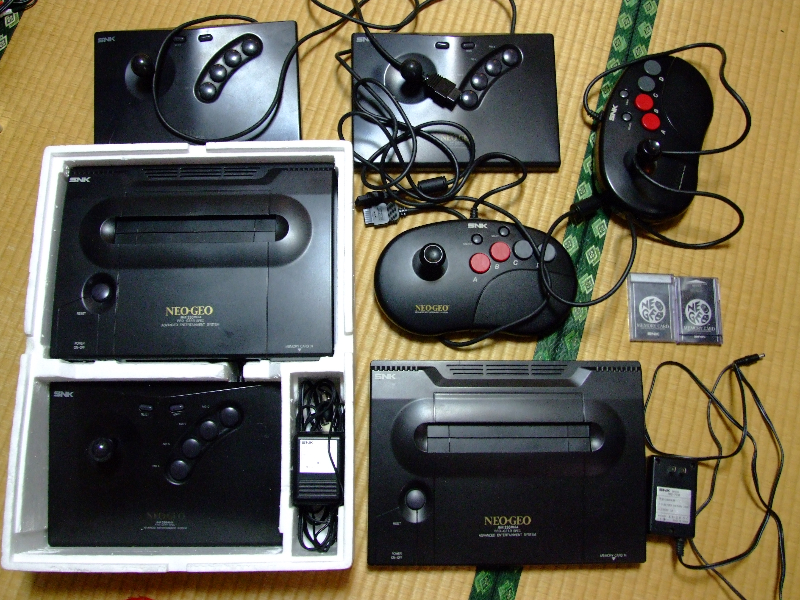 Anyway, as I mentioned above there are two types of NeoGeo AES. Earlier models actually run on different voltage compared with later models. I am no expert on the intricate differences internally, but I have read that the earlier versions actually have a better quality video output, and that when modding these machines to out RGB, the earlier models are more desirable.

*EDIT* Thanks to Frank in the comments bellow he has clarified the internals. The AES is capable of outputting RGB as standard with the correct cable. The difference in the earlier versions is that they have better RGB over the standard AV, but the later versions had better AV over RGB. Long story short, if you want to use RGB out then find an earlier model.

Bellow you can see the different adapters needed (click to enlarge). 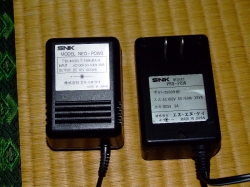 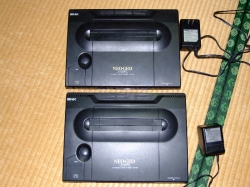 Another new and interesting idea from SNK for the NeoGeo AES was the inclusion of memory cards. I know that memory cards were not exactly a new idea, but the way in which these cards could be used was. Save data was interchangeable between the MVS arcade machines and the AES home console.

This meant you could practice your arse off at home, then take the memory card (with saves of course) into the arcades to prove that you hadn’t actually sold off a testicle to buy the machine. 😀 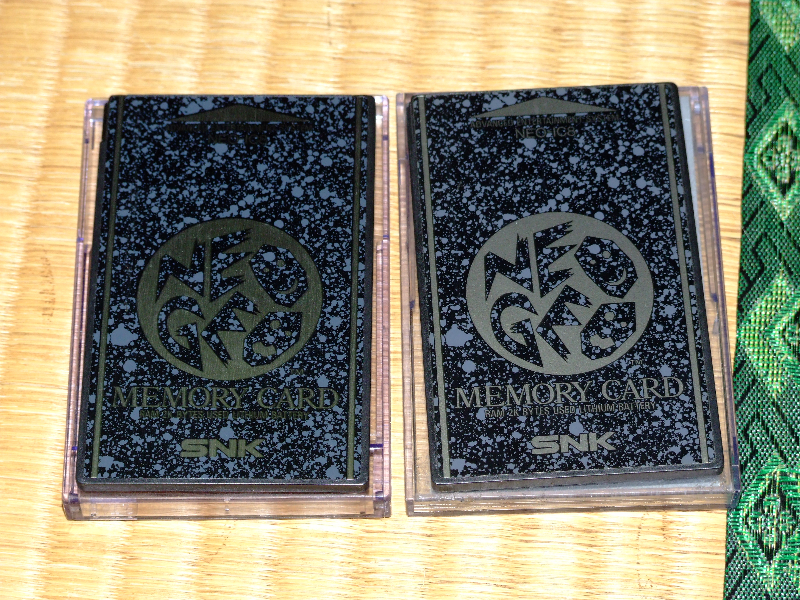 The controller that comes with the NeoGeo AES isn’t too bad, but honestly when it comes to stock (unmodified) SNK controllers for the AES I prefer the rounded controller with the red buttons (pictured left bellow). The ball-tops of the original AES controller don’t seem to stand the test of time either. You will often see them cracked. I am sure it’s a personal preference though, and I have friends that even prefer using the game pads. 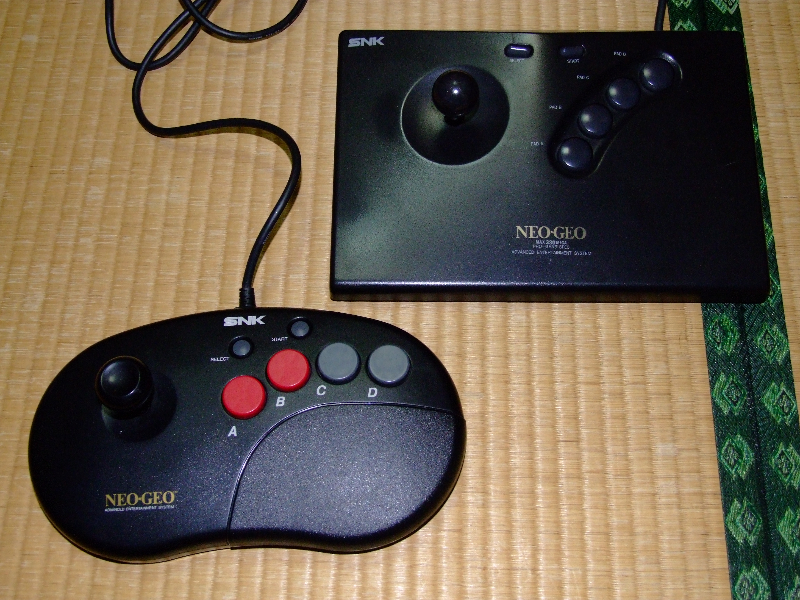 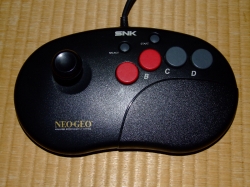 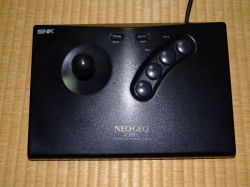 Unfortunately (as you can see bellow) I don’t have a heap of games for the system yet, and that’s mainly due to the crazy prices they go for these days. When the AES was first released, SNK made sure that the carts could not be used in the MVS arcade system. They did this as the AES carts were cheaper than their MVS brothers. Now though, AES carts command extremely high prices – much higher than MVS. Metal Slug for example can reach close to the $2,000 mark! 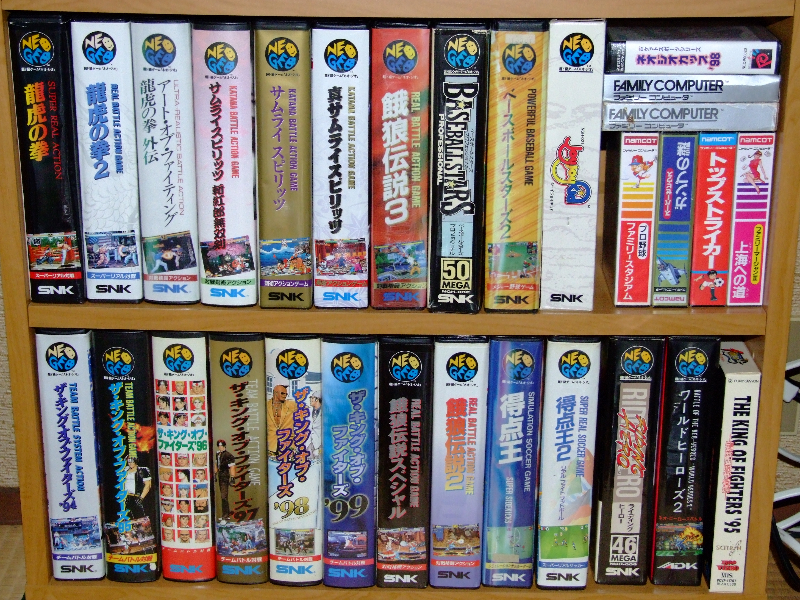 A picture to demonstrate the massive size of the these carts when compared with a ‘chibi’ (Japanese word for ‘runt’) N64 cart. 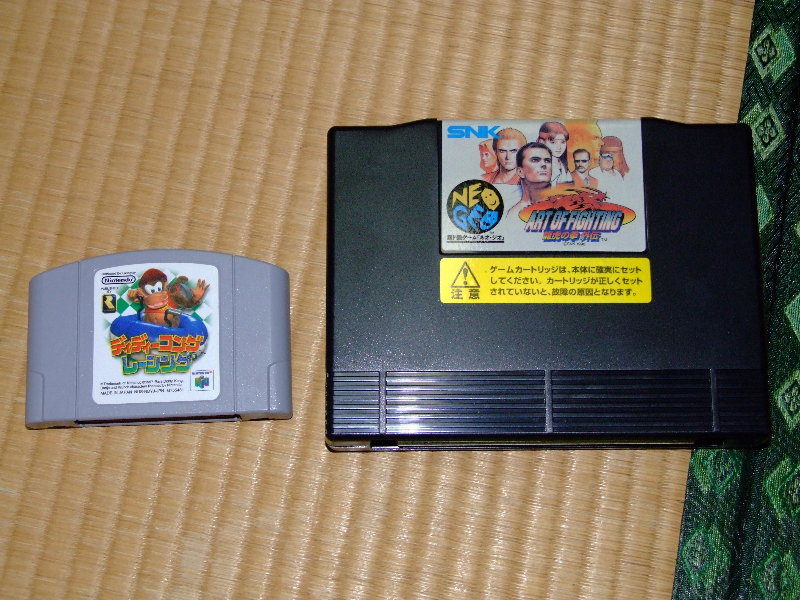 It has to be said that SNK really were considerate. I mean releasing an RF connection set for consumers (as of course they wouldn’t have money left to buy a TV after buying the NeoGeo AES console) was very kind hearted.

I tried selling one of these (pictured bellow) a while back, but there were no takers – spoiled modern-day gamers with their HDMI, D-Sub or AV connections. 😀 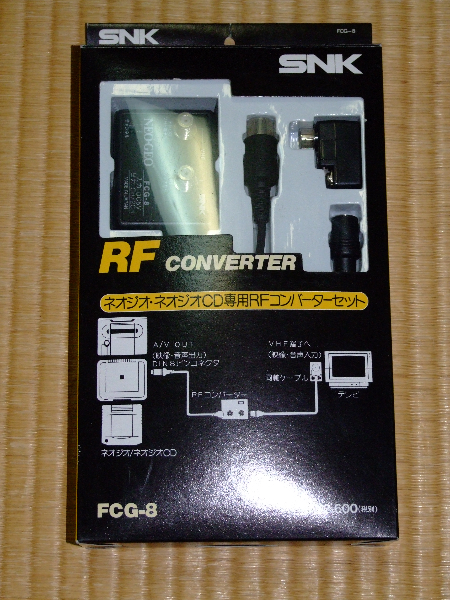 I definitely do not fall in the category of a hardcore SNK fanboi, and the hardcore out there are probably complaining about this post already (due to mistakes or not enough detail), but I do love this machine as a player.

This machine is a must buy in my opinion, and once you have it you will realise that there is something almost primal for a gamer when the NeoGeo logo first pops up on your regular TV. 😀