Well, Japan does it again! Recently it seems that every trek is yielding gear that I rarely see, and to top it off the prices have been great. 😀

So what have I come back with this time? Well before getting into that, I should tell you that what you see bellow is only a small part. I did end up buying more games as well, but as I put them with the other 500 or so I bought recently, I can’t tell which were from the last lot, and which were from this lot.

A V-Saturn (can’t believe I got another Narf!), Virtual-On Twin Stick, and Saturn Virtua Cop set. 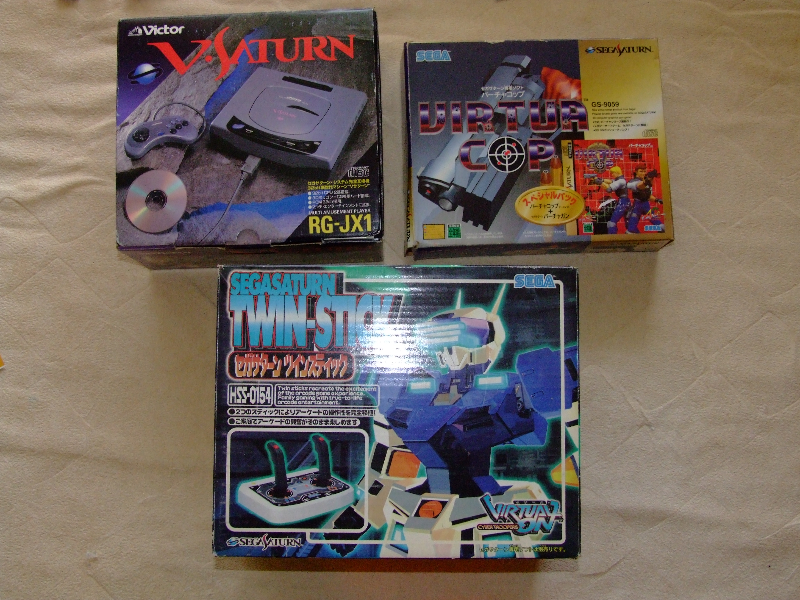 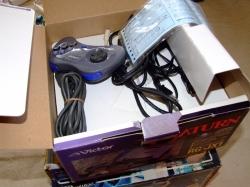 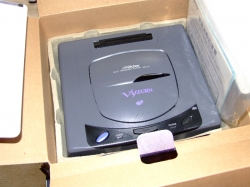 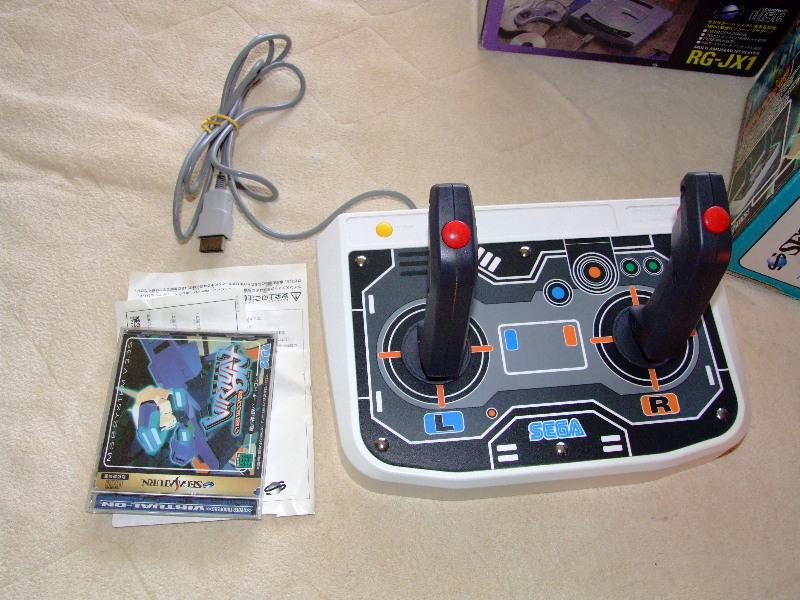 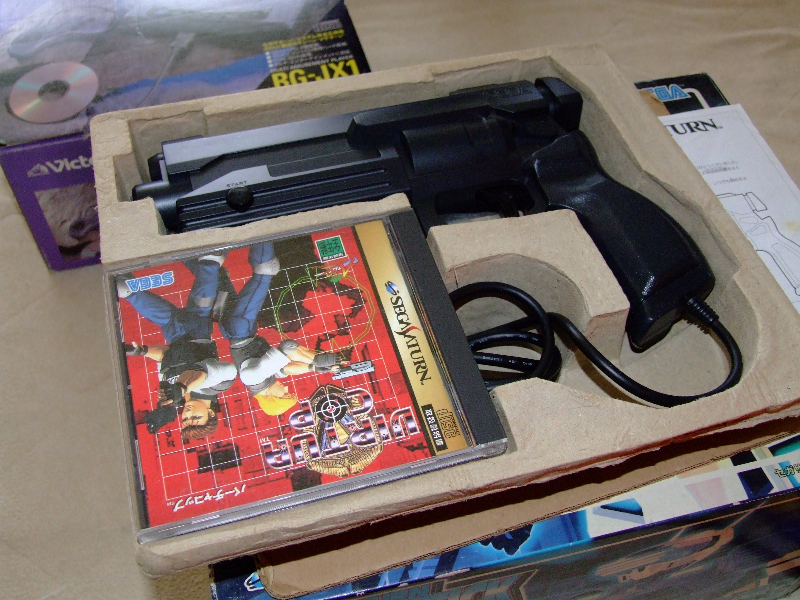 The Saturn would have to be the pick out of the above gear. It was a really lucky find.

Now onto the rest…. Managed to get a Gameboy Light, and for those of you that don’t know what this is, it’s basically a regular Gameboy, but it has a backlight built into it. I believe these are a Japan exclusive? Got a few Famicom Keyboards too – these allow the user to create software to run on their Famicoms. I am on the lookout for a Tapedeck for the Famicom if anyone reading this has one they’d like to sell/give away. 😉 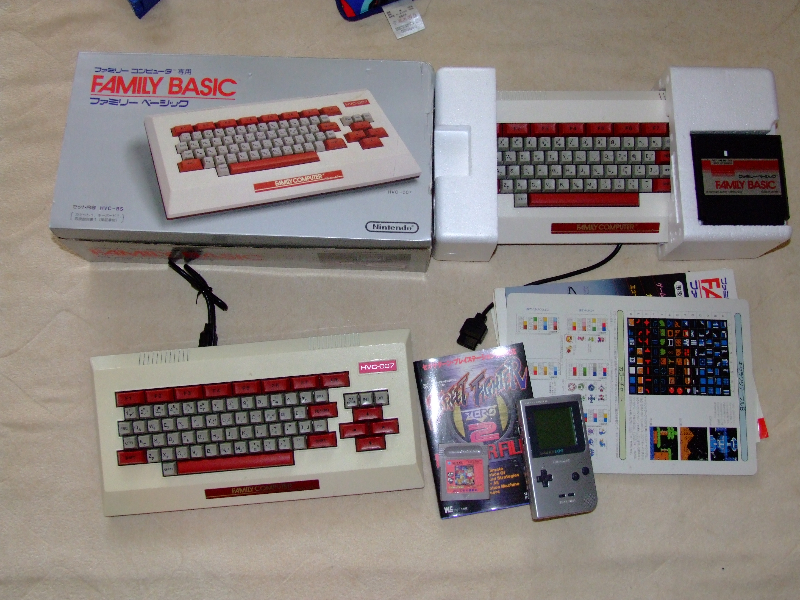 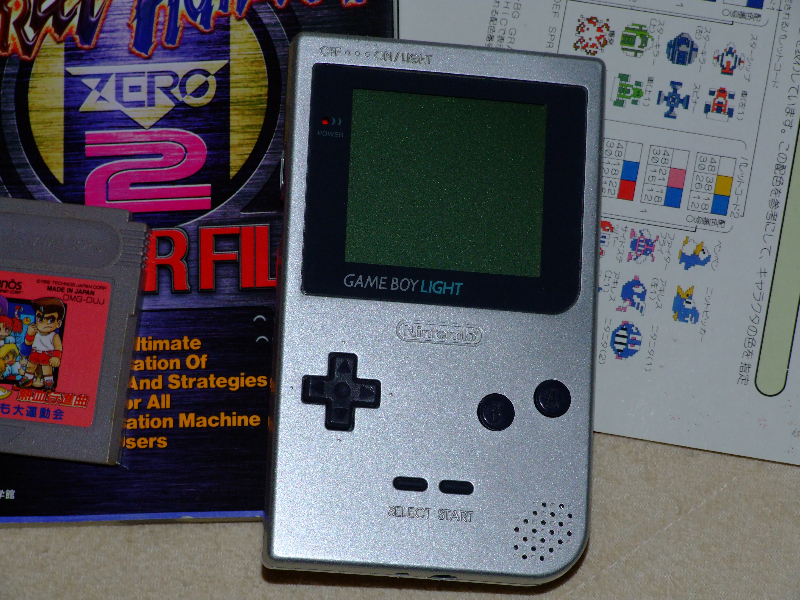 So like I said, there are actually more games included with this run which aren’t shown, but even without those pictured above I seem to have cleaned up. To Sean @ Retro Otaku, you have to hurry over my friend – at this rate I will have emptied these places out!! 😀