Due to time being in short supply for the past four months or so, I haven’t been able to really get out there and hunt like I used to. I was getting withdrawals bad, so luckily, the past week or two I have had time to get out there and see what’s been on offer. Some may say that I’ve gone overboard with this latest lot, but the gap between hauls meant that I had no choice but to buy everything I saw that was worth while – regardless of whether or not I had it already. 😀

First up, the Dreamcast lot. I got this off the auctions for an absolute bargain – about 5,000yen all up after fees and shipping. In the pictures on the auction there wasn’t a great deal of detail – not all boxes were shown, and the condition explanation was iffy to say the least. I decided to bid on it anyway, and I’m glad that I did! Everything had their baggies, instructions, and inserts, plus some of the items are 100% new-old-stock – meaning unused. Got a wheel, twin sticks, console, controller, fight stick, keyboards, and of course, a console itself. 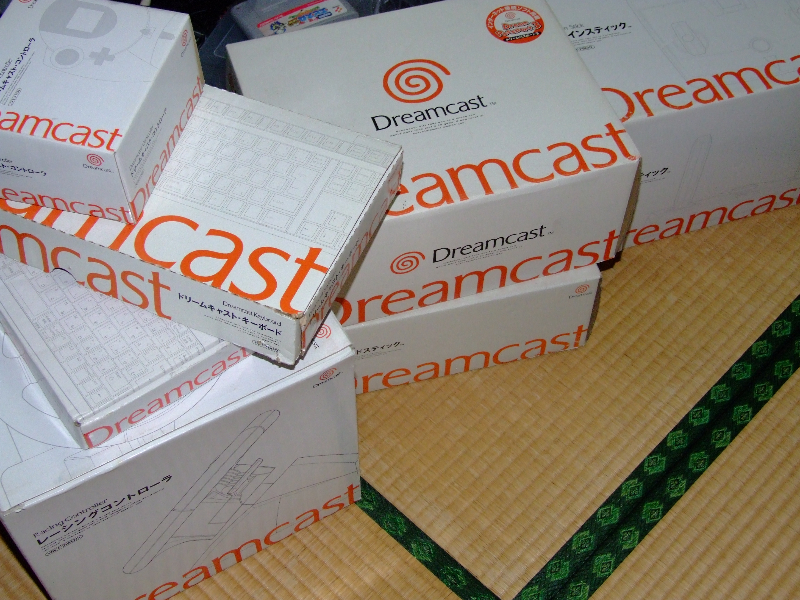 Next comes the Game & Watch Fire (bought as junk from HardOff for next to nothing, but may not work…), SF Memory carts which I have been after for ages, a couple of 3D Systems, and a final fantasy toy. Looking forward to testing the G&W! 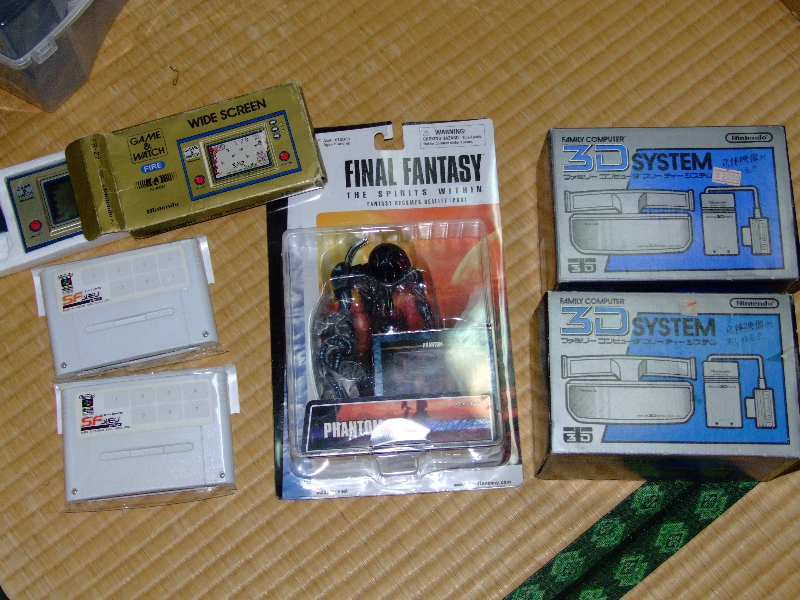 Definitely one of the gems of the lot is the white Gameboy original you see there in the picture bellow. I didn’t know anything about it, and I hadn’t seen one of these before, so I grabbed it (I remember that philosophy worked well when getting that Jusco N64), and to top it off, it was found in an unlikely place too. I will probably do a single post about it when I get the chance. Those Sakura Pockets are unused and sealed too – pretty happy about that as I didn’t know that when buying. 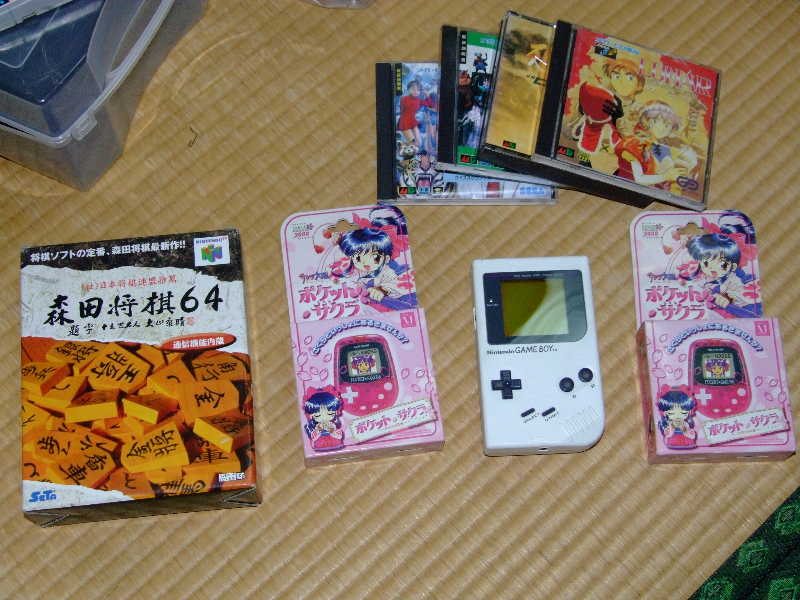 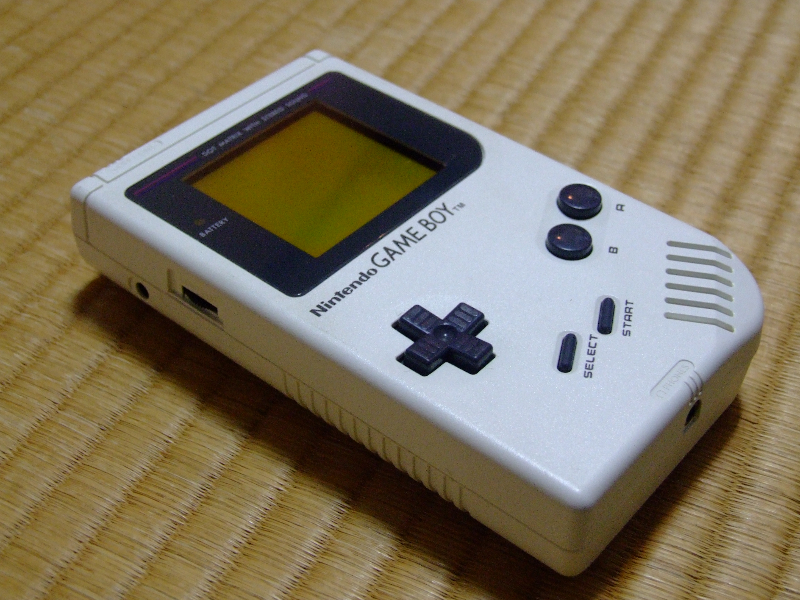 Bellow is just a few of the PS2 and Xbox disks. Pretty happy to get the KoF as I didn’t have that version before. Also a couple of Megadrive carts as well. **Click on the thumbs to expand** 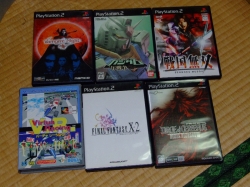 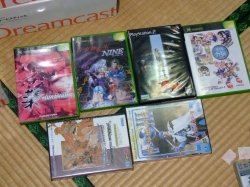 Moving on to the next few pictures bellow, we have the PC Engine Duo (yes another one), and a box of PCE goodies. Although I have everything I see here already, I couldn’t bring myself to leave it all in the stores that I found them in. I know there are always guys back home after these, so hit me up if you’re keen. 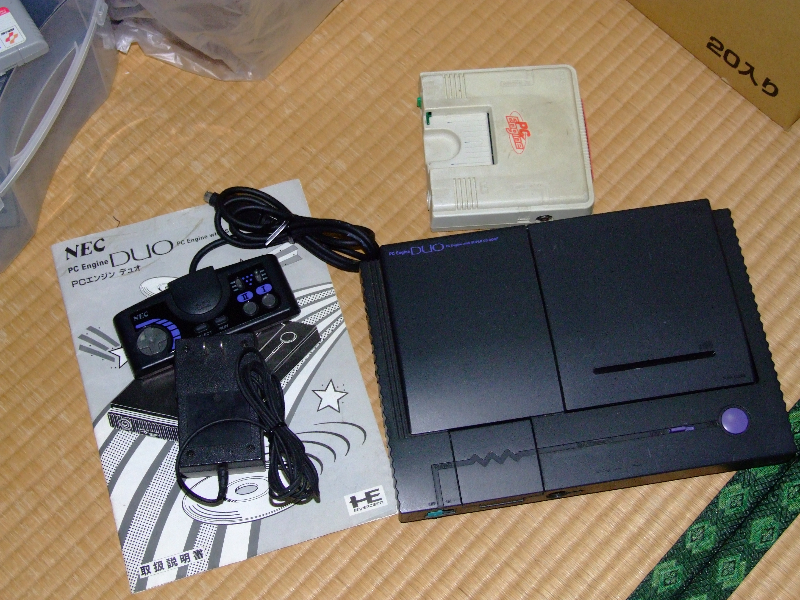 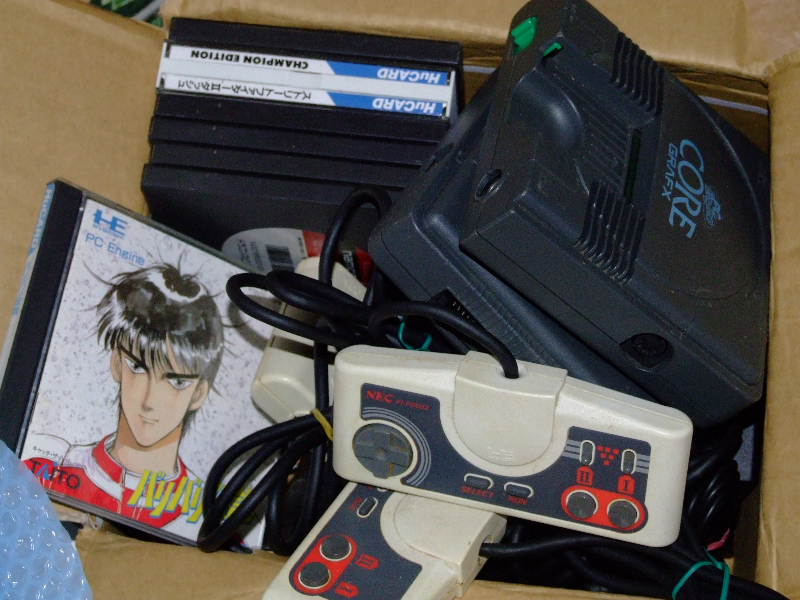 Here we have a random pile of goodness – Some NeoGeo CDs, a Saturn Bomberman controller (don’t see these often at all), and some NeoGeo Pockets. Also have some Wonderswan Color games, a MegaCD disk, and a N64 cart. Crap, that was a random pic… 😀 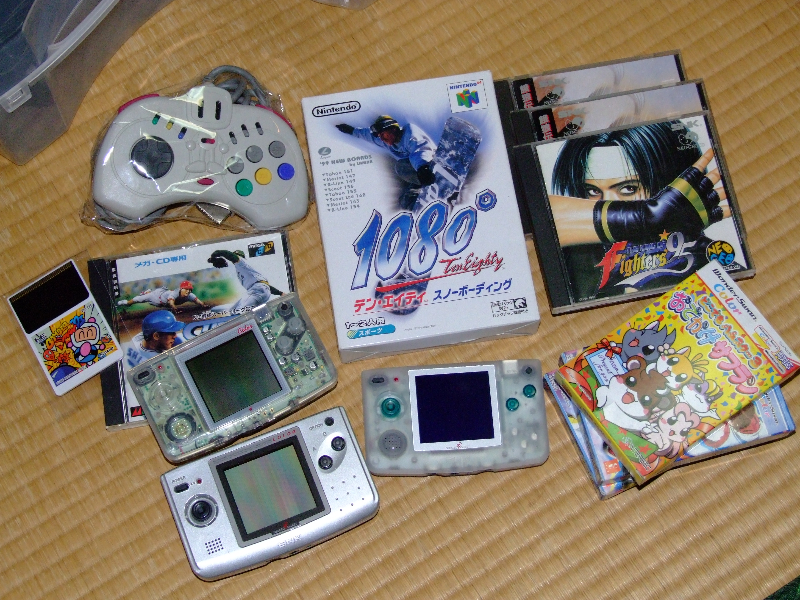 Some more great NeoGeo CDs, and a few DC disks that I couldn’t let sit there. A few of these titles (NGCD) I didn’t have before either, so to find them in the wild was very nice indeed! **Again, click to enlarge** 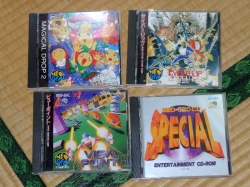 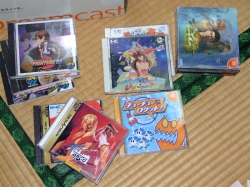 Anyone up for 1960s slotcar action? Not really something I want to try and plug in and get power into in all honestly – early electric goods are something that should NOT be used on a tatami floor in a wooden house. I know nothing about slotcars though, so if anyone knows their slotcar sets, feel free to chime in and let me know what I have here. All I know is that it’s old… 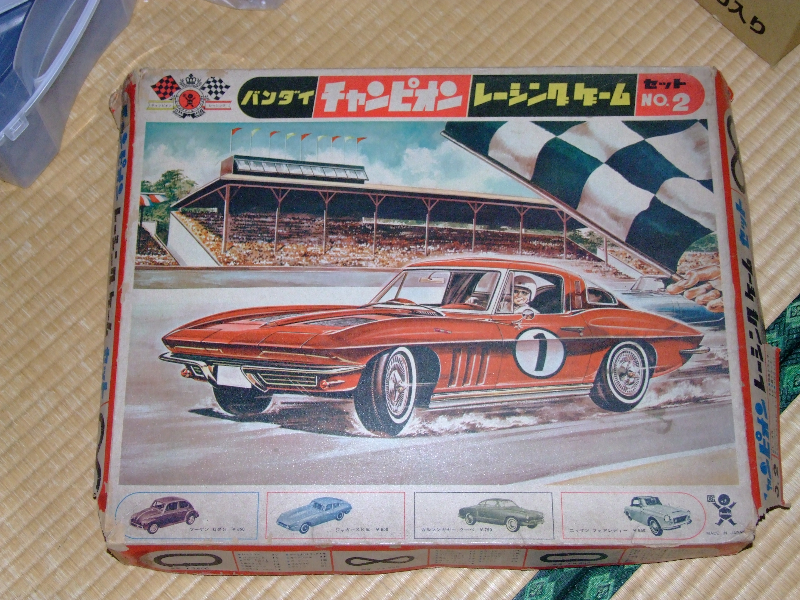 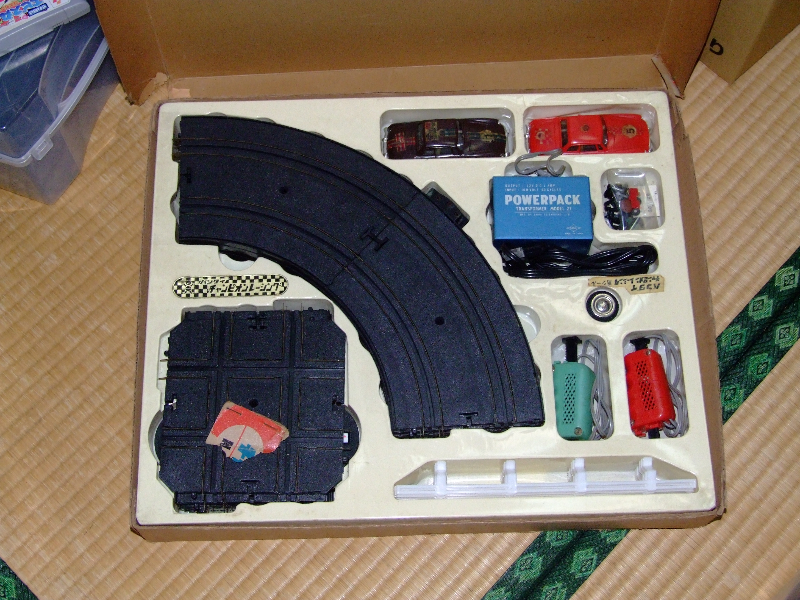 Also got myself a few spare Famciom Disksystems from one of the HardOff stores. Cosmetically they look pretty nice, but I doubt very much the rubber bands will still be intact – never know your luck though. 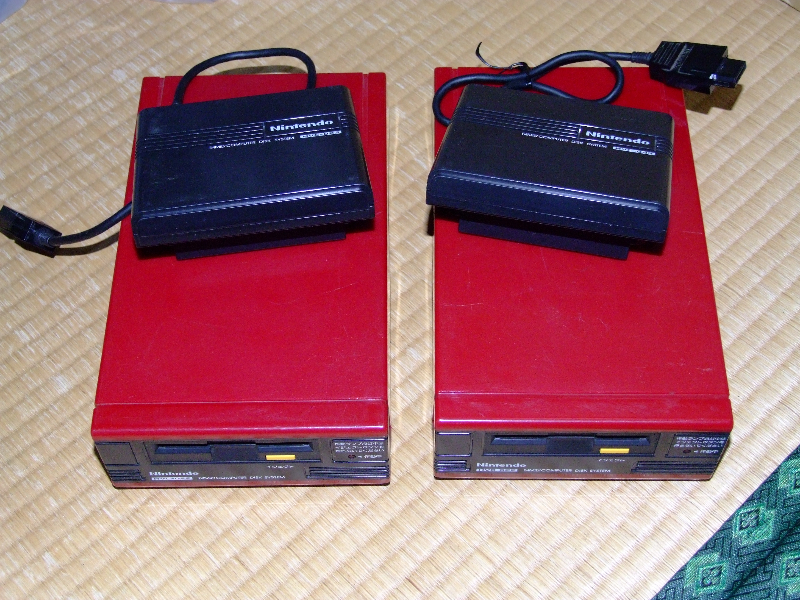 And the final picture contains a bag of random Starwars figures. Unfortunately these aren’t the original 70s/80s items, but they do have all accessories and they were pretty cheap – cheap enough that I couldn’t leave them there anyway. 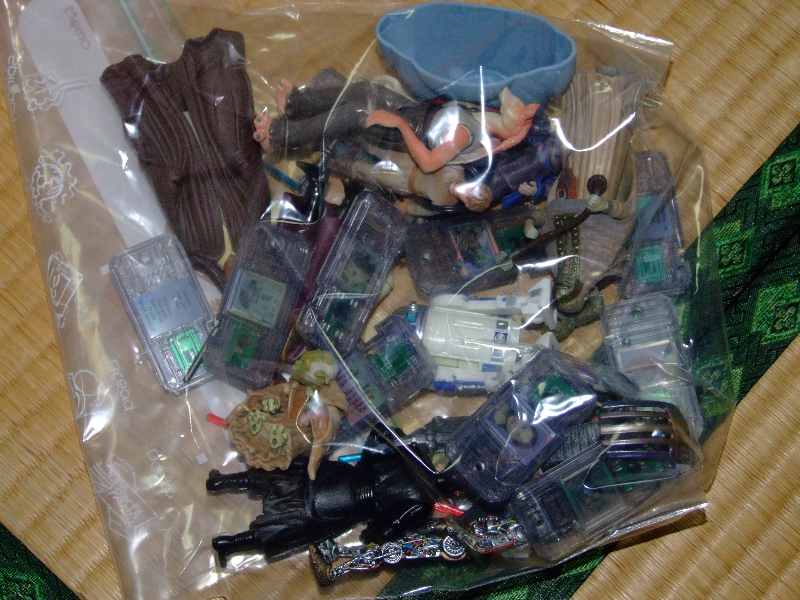 Well, that should tide the addiction of retro hunting over for at least a few more weeks. I’m pretty happy with this lot, and hopefully there is more around the corner – at least until the rest of the stores close down. Doing my part to keep them in business, but they are definitely drying up fast these days. 🙁